In case you somehow missed the article entitled “For Photographers, the Image of a Shrinking Path” which was in the March 29th, 2010 edition of the New York Times, it covered what those of us who are deeply involved in professional commercial photography business, painfully know: things have dramatically changed for professional commercial photographers. So much so, that mainstream media is now reporting on the trend that’s been occurring for at least the last 5 years: advanced amateurs and part-time photographers are pricing their photography at rates well below prices that could viably sustain a full-time photography business-or probably a business of any sort!

A response to the original article was posted the following day wherein professional commercial photographers, other photo business professionals, and amateurs and hobbyists weighed in. There were emotional as well as calm and reasoned responses to the sobering fact that it’s never been harder to make a decent living as a full-time photographer. The pro photographer forums such the ASMP‘s very active ProAdvice forum, are on fire with debates on how best to detail with low-balling photographers who have no need to support themselves or their families with the money earned in their part-time passion.

Not only are the traditional assignment opportunities for professional photographers are rapidly dwindling. Magazines are folding in record numbers; print ads are being created using royalty free and micro-stock images;  frames are being re-purposed from footage produced for TV commercials and now, ever more hobbyists are shooting for the “glory” of a credit line.

The reason I wrote my 2005 article “The Commoditization of the Commercial Photography Business”was that I wanted to give professional photographers a heads-up. I wanted them to seriously start thinking about what was coming down the pike due to advances in chip technology. I wanted to give them some tips how to avoid being run over by the low-priced steamroller now fully parked  for the foreseeable future in many of photography’s traditional markets. (If you’ve not already read the article, you can get it by signing up on the Contact page of my www.cpotts.com site; NOTE:  just multiply all the listed stock numbers by a factor of 1000!).

I still believe the very best strategy to deal with these changes is having both real talent (that is ever-evolving) and the right attitude. I feel that having a pro-active attitude instead of a “victim” attitude is probably the most critical element.

Why? Having lived through three other industry downturns, I’ve noticed some patterns: I’ve seen a fair number of commercial photographers survive as they moved through recessions. They’ve not only survived but ended up thriving on the other side of a downturn.

What did those professional photographers do to survive?  Every single one of them refused to focus on what was wrong with changes; they focused on the opportunities! They use a business slow-down to reinvent themselves. They update their portfolios; become proficient in new software; grow their business network; and learn more effective sales and marketing techniques.

I’ve also seen brilliant photographers stagnate-and even sabotage- their careers because they spent so much time wallowing in anger and blame over the facts that “things changed and it’s not fair.” They’re not out shooting new work. They’re not connecting with clients to find out what problems and pain their clients are experiencing. They’re not updating their web presence.  They’re not getting marketing help. They’re not helping anyone else. They’re perpetuating their own downward spiral by focusing on the half-empty view of the world.

I am not suggesting it is easy to switch to “the glass is half-full” view of the industry –given how dramatically and how rapidly someone “moved the cheese” (to mix a metaphor)–but it is one of the most effective strategies anyone can employ when facing a change of this magnitude. I’ve seen the results of the power of shifting an attitude too many times to dismiss it’s seeming simplicity. Sometimes it’s the most simple actions that have the most profound effects.

What do you think? 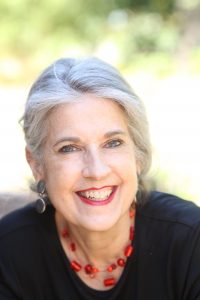 Is your business model ready for content convergence? An easy way to have photography marketing momentum
Scroll to top